skip to main | skip to sidebar

We have discussed this, and both Jools and I agree, routine is key.

As much as having Jools around at home for the last two and a half weeks, it has meant I have not done exercise so much, and her walking and other phys has suffered. We both have put on weight.

And when you're carrying an injury, it is oh so easy to make an excuse not to do a session. And an excuse for a day stretches to several days and then a week.

So, with the start of a new week, the start of the long slope towards mid-winter, I had to man up and start phys.

The alarm goes off.

I lay in bed and might have drifted off back to the land of nod. I wake up with a start and am convinced it is half six and I won't have enough time for phys. In truth it was twenty past five.

I am first up, so I go down and feed the cats, make coffee and open the blinds. Being semi-darkness has not meant we have slept any better.

And at ten past six: up to the spare room and on with the phys.

Oh, that was hard. But I do 20 minutes. And am lifted in spirits.

I sit on the patio, cooling down, and count 20 burrowing bees fly into the hive hidden in the hedge, all laden with sadly bags full of pollen.

I have my own saddle bags to fill, so go inside, make breakfast, coffees for Jools and myself and set up the work computer.

We are all well, and being nearly July, holiday season has begin in Denmark, with people taking two to three weeks off to go to their holiday homes in the dines of the Jutland east coast, or their garden houses on the outskirts of the city. No wonder they're so bloody happy.

I have meetings, documents to review. Same stuff every day, really.

Jools looks at me from time to time as I work, or stare into space. This is when some of my finest thinking is done. I have a brainwave and type something, then lapse into silence. Like the teleprinter on a snow-affected Saturday in the 70s. I'd better call the pools panel.

The day drags. I listen to the radio, Jools and I have lunch.

It is a bright but windy day, so I venture out to snap something, and in the wind, I snap the cultivated yarrow in the top bed, and that's it. 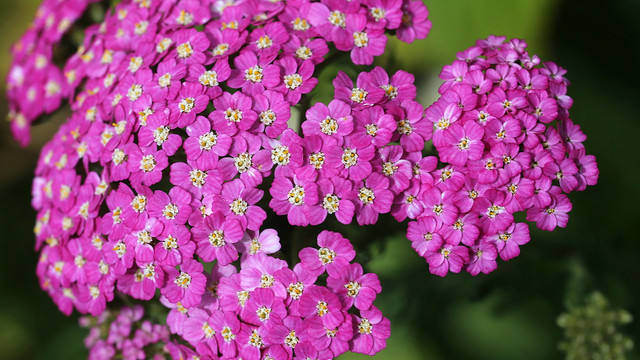 Come four, it is phys time again. So, I go up and do another 20 minutes. No easier, but I do get it done.

All is good here.

I have a shower, Jools clears up and makes coffee.

I would watch football, indeed I do, the League 2 play off, as my old German teacher from high schools is an Exeter fan.

They lose 4-0. And were lucky to get nil to be honest.